skip to main | skip to sidebar

SE1: who needs North of the river

North has always been my compass bearing of choice. So it surprises me to say that South really is the place to be. It's been coming for a while with a move South of the River last year after years in Clerkenwell and Hoxton (I never owned skinny jeans or a brakeless racer mind) but Sunday afternoon confirmed there really is no need to venture across the river. 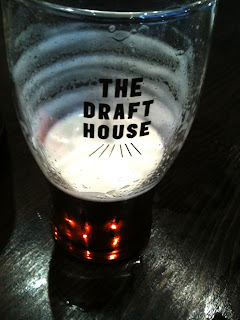 The SE1 starting point was the Draft House on Tower Bridge. It was the perfect place to meet the Dane, over for the weekend and staying nearby.  The last visit was during the soft launch and i've been looking for an excuse to come back ever since... not that I need an excuse, but the hangover that first visit was difficult to cope with after the over indulgence. The atmosphere was perfect for a Sunday afternoon. There had been thoughts that it may be packed out with tourists in hiking boots and kagools (a style choice I can never really get in Central London) but thankfully this wasn't the case. Enough fellow punters for a bit of life but not so many that we had to wait for service. The choice as always was impressive so much so that i'm left making a choice and changing it, not wanting to miss out on something that i've not seen. Possibly the reason for the hangover last time! Captain English joins us and we are set for a few hours drinking and catching up.

As we depart, the Dane heads East and English and I head towards London Bridge. It's at this point that I remember Tweets about the South West Beer Fest at The Rake. Attempting the "one more no more" it falls flat as English has an appointment with a pair of oven gloves. I've never been one for drinking on my own, least of all at a Beer Festival, but the lure of The Rake is too much. It's the closing hours when I arrive but there is still a decent crowd, the staff are in Halloween costume; at least I hope so as i'm sold a pasty by a Droog. I sample in halves and manage to get through Bath Ales Festivity, Lizard Ales Helford River , Isle of Purbeck Fossil Fuel and Yeovil Ales Stargazer. With each half I note down what i've had on the iPhone until I come to the realisation that the next step could be a notebook, similar to the Ticker next to me. I put the phone away, consider another half but decide that I don't want a repeat of the Draft House Head.

I head to London Bridge through the market to ensure there aren't any detours to Brew Wharf or a host of others. The choice is so rich in SE1 I'd say there is no better place in London for a lover of beer, pubs and Droogs selling pasties... put simply who needs North of the river?

i still reckon NW1 will have the lead when the Euston Tap opens on friday, you'll have that, the Bree Louise and the (declining, but still OK) Doric within 100 yards of each other...

Also, you night like to start yr next SW1 ramble (if it's a saturday) with a trip down to the Kernel brewery. plenty of tasting opportunities and a chance to talk to ivan the brewer about HOPS!

also, not that any of us wants to look like a ticker, perish the thought, but strictly as an aide memoire, i've found the BEER MASTER iphone app to be very useful, best of the ones out there, certainly...

SE1 still does it for me... as you've got the added pluses of Borough Market, Tate and the River - for a bit of balance between pubs.

Though will be interested to see Euston Tap open.

The Pub Diaries
London, United Kingdom
The Pub Diaries came to me as do many ideas ... over a pint. Friends would ask for recommendations to the extent I realised I'd become a one man walking pub directory. So please join me as you read The Pub Diaries.